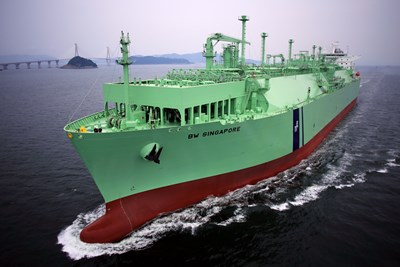 By the late 1970s it was clear the international LNG business was set for a period of rapid expansion. A number of involved companies were concerned to agree essential common standards for the industry, to aid its expansion, underpin public confidence and avoid a proliferation of unilaterally defined regulations.

This group resolved to establish a body to draw together industry member companies in an effort to establish commonly agreed standards and best practice criteria. The Society was formed and registered as a Bermuda Exempted Company (non-profit making) with limited liability in October 1979. The Society was granted observer status at the International Maritime Organisation in 1982.

Since it was established, SIGTTO has published over 50 books, recommendations and guidelines, with an average of two per year being produced or updated.

SIGTTO has facilitated the revision of The International Code for the Construction and Equipment of Ships Carrying Liquefied gases in Bulk (IGC Code) on behalf of the IMO. In 2008, SIGTTO formed nine working groups, under the auspices of a steering group, to carry out this work. Over a two-year period, with nearly 140 experts, representing over 40 entities and 20 countries, SIGTTO ensured that this revision was delivered to IMO. The new code came into force in 2016.

In 2013, SIGTTO formed The Society for Gas as a Marine Fuel (SGMF), to oversee the use of LNG as a marine fuel.

Moving towards a greater focus on human factors, in 2016 the Society established its Human Element Committee. This committee focuses on human element issues as they relate to the gas shipping and terminal sectors.

Formed originally with thirteen members, the SIGTTO has steadily grown to a membership of around 97% of the world’s LNG vessels and terminals and around half of the LPG market. The Society has progressed to become acknowledged as the authoritative voice of the liquefied gas shipping and terminals industries. This position rests on its reputation the Society quickly gained for impartiality and integrity in addressing operational and safety issues.