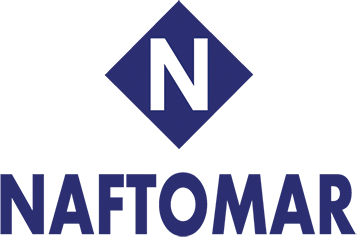 "SIGTTO represents a solid foundation for the gas shipping and terminal industry by ensuring that all parties involved speak the same language, use the same standards and work to the same high level of safety. The Society embodies our common and ongoing efforts for improvement and provides us with targeted and critical guidance both onboard and ashore." 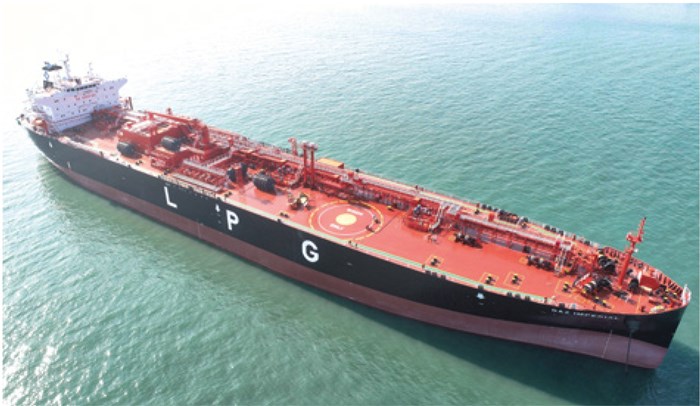 Naftomar has come a long way since the company was established as a petroleum product trader in Beirut in 1972, specialising in the Eastern Mediterranean market. The potential in the region’s gas sector soon became apparent and the company concluded its first LPG purchase, transport and sale transaction in 1976 when a chartering and ship management office was opened in Piraeus, Greece. Later, a representative office was established in Paris under the name Chemigaz to consolidate links with the oil majors, LPG brokers, buyers and sellers and thus develop wider market opportunities.

As the company’s involvement in LPG trading grew, and to ease its reliance on the then patchy vessel charter market, Naftomar bought its first LPG carrier, - the 4,000 m3 fully pressurised Gaz Unity – in 1977. The purchase signalled the start of a full commitment to LPG carrier ownership and operation over the years, to complement and reinforce the company’s trading activities. The wide-ranging service offering is reflected in the company’s full name – Naftomar Shipping & Trading Co Ltd.

A landmark in Naftomar’s growing involvement with LPG was the purchase of a 40,000-tonne cargo onboard the 75,000 m3 very large gas carrier (VLGC) Northern Eagle in 1980. Stationed in the Mediterranean, Northern Eagle transshipped its cargo to smaller LPG carriers, for onward delivery to the final customer, in a series of ship-to-ship (STS) transfer operations.

The Northern Eagle initiative was amongst the LPG shipping industry’s first involvements with floating storage/STS transfer arrangements and was to presage a growing commitment by Naftomar to this increasingly important type of LPG distribution operation. The company was the first to make use of floating LPG storage to help China meet its growing LPG import requirements in the 1990s and since that time has engaged in more than 4,000 STS operations worldwide, involving over 10 million tonnes of LPG.

Onward distribution options with floating LPG storage are not limited to STS transfers. It is also possible to offload direct from a pressurised gas carrier over the jetty to LPG road tankers and rail tank cars. Naftomar has made use of all these options to help develop new markets where there is latent LPG demand, irrespective of the customer’s volume requirement.

At the same time that it was building its presence in LPG shipping Naftomar was extending its field of liquefied gas expertise and its customer base to encompass petrochemical gases such as ethylene, propylene and crude C4 olefin fractions. Participation in this sector was facilitated by, initially, the chartering of flexible semi-pressurised/fully refrigerated (semi-ref) vessels and, later, the placing of newbuilding contracts for such ships.

Naftomar placed its first LPGC newbuilding order at Hyundai Heavy Industries in 2000. This was the 22,662 m3 Gaz Millennium, a vessel which was constructed for a specific trade and which is still active in the company’s fleet. Since then the company has contracted many LPGC newbuildings at yards in China and Korea. Naftomar’s current fleet numbers 19 LPGCs and incorporates a full range of vessel types, from fully pressurised ships through to semi-ref vessels and VLGCs. Ships in the fleet range in size from 7,200 to 84,000 m3.

Naftomar has now been operating LPG ships for 44 years and safety has remained the key focus for the company throughout. “Experience has shown that the best way to achieve our goals is by investing in human resources for our shipping operations,” states George-Paul Perantzakis, Naftomar’s fleet director.

“For this reason we have established a comprehensive cadetship programme that helps us select and recruit individuals of proven quality. We then put these recruits through our in-house training courses that cover our particular quality standards and the details of our LPG shipping operations. This strategy enables us to establish a suitably educated and skilled workforce, with the accompanying mindset we require, that can be incorporated into our company structure from the very beginning of their career.”

Naftomar has enjoyed and benefitted from a close relationship with SIGTTO over many years. The company has been a member of the Society’s General Purposes Committee (GPC) since 2005 and has been present on SIGTTO’s Board of Directors since 2019. In addition to being a member of the Board, George-Paul Perantzakis has chaired the Society’s working groups dealing with the LPG STS transfer guide and the LPG crew competence guidelines.

“SIGTTO represents a solid foundation for the gas shipping and terminal industry by ensuring that all parties involved speak the same language, use the same standards and work to the same high level of safety,” points out George-Paul Perantzakis. “The Society embodies our common and ongoing efforts for improvement and provides us with targeted and critical guidance both onboard and ashore.”