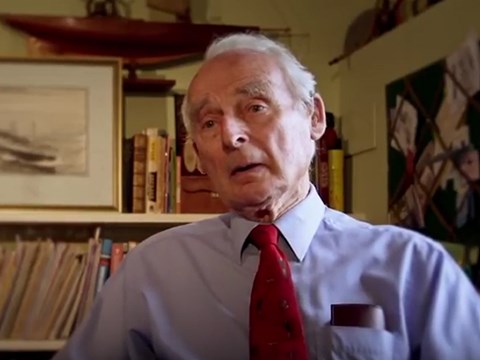 We are very sorry to hear of the passing of Roger Ffooks. Roger was one of the pioneers of LNG shipping and we, as an industry, owe him a great deal.

His book, "Natural Gas by Sea" is one of the very few publications documenting the very early days of LNG shipping and remains an invaluable reference tool for the industry. Roger was directly concerned with the design, construction and operation of Methane Princess and Methane Progress, the first two commercial LNG carriers, and subsequently the development of one of the two basic membrane designs. He also contributed to the IMO gas carrier (GC) code which later evolved into the IGC code as we know it today.

Roger was also a great supporter of SIGTTO and as recently as 12 months ago contributed to the 50 years anniversary of LNG shipping by recording a video interview with Andrew Clifton and Chris Clucas at his home in West Dorset. Our thoughts are with Roger's widow Barbara and his family at this time.